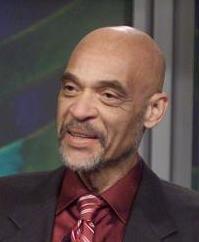 Earl Ofari Hutchinson is an author and political analyst. He is the author of multiple books on race and politics in America. The most recent include; The Obama Legacy, The Trump Challenge to Black America, and From King to Obama: Witness to a Turbulent History.

Earl Ofari Hutchinson is a regular commentator on politics on RT News with Ed Schultz and other cable network shows. Earl is a weekly co-host of the Al Sharpton Show on Radio One. He is the host of the weekly Hutchinson Report on KPFK 90.7 FM Los Angeles and the Pacifica Network.

A nationally acclaimed author and social issues commentator, Hutchinson is the author of more than 10 books on politics and racial issues in America. He is a contributor to a variety of news outlets and websites on varying topics concerning politics and race, and is often interviewed for various print and broadcast outlets.

He hosts the live call-in program The Hutchinson Report on Pacifica Radio outlet KPFK-FM radio in Los Angeles. The program features his commentary and the voices of listener-callers, and KTYM-Radio in Los Angeles. Earl Ofari Hutchinson has appeared frequently as a guest commentator on several U.S. network and television programs since the 1990s.  On these prgrams he offers his often well-reasoned and arguably moderate takes on topical, breaking and controversial news stories.

Hutchinson’s 1996 book Betrayed: The Presidential Failure to Protect Black Lives shed light on the 1964 murders of two African-American teenagers by Ku Klux Klansman. His book From King to Obama: Witness to a Turbulent History is a personal look at the politics, major events and personalities of the half-century from the 1960s through the first decades of the 21st century.

His three most recent books are: How Obama Won; The Ethnic Presidency: How Race decides the Race to the White House; The Latino Challenge to Black America. Hutchinson has written extensively on race and politics. His articles have appeared in the Los Angeles Times, Newsday, Washington Post, Christian Science Monitor, Chicago Tribune, and Baltimore Sun. His featured interviews and comments on race and politics have appeared in Time, Newsweek, The New York Times, ABC’s World News Tonight.

As a political analyst, Earl Ofari Hutchinson is the National Political Writer for New America Media and a regular contributor to The Huffington Post, the grio-MSNBC, and Examiner.com. He hosts two syndicated public affairs and issues radio talk shows on KTYM Radio and KPFK Pacifica Network Radio Los Angeles, and the Hutchinson Report, Newsmaker Network. The network syndicates the Hutchinson Report and the report is located in more than fifty cities and Washington DC nationally.